Gibraltar Governor Charles Harington Harington [formerly Poe], Sir Charles [Tim] (1872-1940), army officer, was born Charles Poe at Oaklands, Chichester, on 31 May 1872, the youngest son of Emanuel Thomas Poe (d. c.1900), of London, an indigo planter of Behar, India, and his wife, Isabella Jane Crowdy. When Charles was four years old his father adopted his own mother’s maiden name and thereafter the son became known as Charles Harington. He entered Cheltenham College in 1886, before passing into the Royal Military College, Sandhurst, in 1890; he was commissioned into the Liverpool (later the King’s) regiment, alternating thereafter between regimental and staff duty overseas and at home. Harington was appointed DSO (1900) for service on the staff during the South African War. There followed in 1903 a tour as instructor at Sandhurst and qualification (1906) at the Staff College, Camberley. On 7 January 1904 he had married Gladys Norah, eldest daughter of Brigadier O’Donnel Colley Grattan of the King’s regiment. They had no children. During these early years, as later, he excelled at all games, especially cricket and hockey, possibly because hunting was beyond his means. When he was in his fifties he swam the Hellespont and back and in his sixties he was still playing high class cricket. 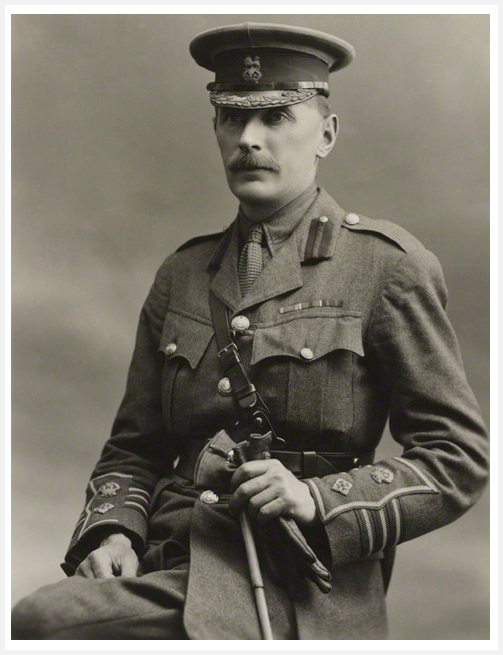 Shortly after the outbreak of the First World War Harington, then a major, was appointed general staff officer, grade 2 (GSO2) to 3rd corps in France. Early next year he was promoted GSO1 (the sole regular staff officer) to the 49th (West Riding) division, territorials newly arrived from England. Towards the end of 1915 he became brigadier-general, general staff, to the Canadian corps, then being formed and in the line near Messines. With them he first became known as a staff officer who was always out and about near the front line.

In June 1916 he was selected major-general, general staff of the Second Army, whose commander was General Plumer. Together they made a splendid team, Harington’s brilliant staff work complementing Plumer’s powers as a commander.

The first and major test of this partnership occurred in June 1917 when the Second Army’s hundred battalions made a successful assault on the Messines Ridge. It began with the explosion of nineteen gigantic mines, dug over more than a year in anticipation of such an attack. Each assaulting unit had been intensively trained in its role. In the first stages the fire of the entire artillery, numbering 2266 weapons, was concentrated under a single commander. Control of the air was complete; 154 mobile workshops supported 12,500 motor vehicles. Tanks had learned how to co-operate with the infantry. Morale was high, largely due to the excellence of the arrangements. By this meticulous and imaginative planning, the first major British victory of the war had been won with comparatively modest casualties.

The subsequent autumn losses and stalemate at Passchendaele were largely due to general headquarters’ failure to follow up this Messines victory before the weather broke. For this disaster Harington’s staff work was never blamed.

The respective contributions of Harington and Plumer to the successes of the Second Army continue to intrigue historians, hampered as they have been by the fact that both men destroyed their papers. In the plethora of condemnation of First World War leaders, the reputation of neither man has suffered. Harington was especially noteworthy for the way in which his meticulous attention to detail ensured the co-ordination of the various arms and the well-being of the men. He was also well ahead of his time in his relations with the press, whom he habitually took into his confidence. In his somewhat fulsome biography, Plumer of Messines (1935), Harington took no credit for his own achievements.

Shortly after Passchendaele Plumer and Harington were ordered to Italy; but they returned to the Second Army at Kassel in March 1918, where the situation had deteriorated. Three months later during the great German spring offensive Harington was appointed deputy chief, Imperial General Staff, but was allowed to remain in Flanders until the situation became stabilized. In May 1918 he took up his new duties at the War Office. In October 1920 he was promoted lieutenant-general and left for Constantinople as general officer commanding-in-chief the army of the Black Sea.

In Constantinople, in the aftermath of the treaty of Sevres, Harington became commander-in-chief of the allied forces of occupation in Turkey. There he encountered what was to become known as the Chanak crisis, the most serious challenge of his career.

The occupation by Greek troops of Smyrna (Izmir) and their subsequent ill-judged drive into the heart of Anatolia led to their ignominious defeat by resurgent Turkish troops. The result was the burning of Smyrna with its accompanying horrors. In charge of the Turks was General Mustafa Kemal (later Kemal Ataturk, the modernizer of Turkey).

After crushing the Greeks, Kemal turned to expelling the meagre allied forces occupying Constantinople and the Dardanelles. By September 1922 Kemal had deployed some 50,000 men against Chanak, on the southern shore of the Dardanelles, held by six British battalions. With the leading Turkish troops jeering at the British soldiers from the further side of their barbed wire defences, the start of another war seemed imminent. This Harington was determined to avoid. Doubtful whether the Turks wanted war or would press matters to a conclusion, he had for some time been trying to establish personal contact with Kemal; in so doing he had well exceeded his strictly military duties.

On 29 September 1922, as tension rose, Lloyd George’s coalition government instructed Harington to give the Turks an hour’s notice to withdraw from the vicinity of Chanak; if they failed to comply, his forces were to open fire. This instruction Harington failed to obey, concerned that it was an order both foolish and dangerous. On 4 October, accompanied by the other allied commanders, he met Kemal’s senior representatives, still with his government pressing him to take offensive action. A week later he had achieved success: agreement was reached that the Turks would withdraw. With fine courage, skill, and diplomacy, Harington had avoided what could well have become another major war. It would have been fought with neither allied nor dominion support.

The immediate aftermath was the collapse of the already unpopular and divided coalition government, in which Winston Churchill had both encouraged and supported the prime minister while Curzon, the foreign secretary, had sought peace. The general election that followed brought Bonar Law’s Conservative government into office.

Harington, who loathed personal publicity, had by directly disobeying orders become a public figure. He wrongly assumed that his military career was at an end, although he never achieved the position of chief of the Imperial General Staff, generally thought to have been his due.

Ill health necessitated Harington’s retirement and in October 1937 he settled in Sussex. There he occupied himself with many varied interests. He was appointed CB in 1917, KCB in 1919, GBE in 1922, and GCB in 1933. The honorary degree of DCL was conferred upon him by Oxford University in 1924, and he was given the freedom of the city of York in 1927. He founded and became first president of the army sports control board.

Harington was ‘a spare, highly strung man, with a charming manner and remarkable clarity of vision’ (DNB). A deeply religious person, he had a great sense of humour and was liked everywhere. He died at Cheltenham on 22 October 1940, the year in which his autobiography, Tim Harington Looks Back, was published.