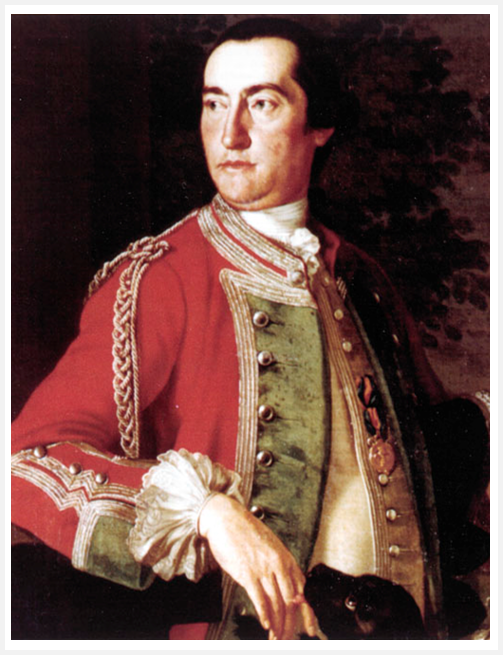 From 1742 until 1745 Cornwallis’s regiment was in Flanders, where he joined it in 1744 after five years as a diplomatic courier. After Fontenoy he became lieutenant-colonel of Bligh’s regiment, which was recalled to Britain to stem the Jacobite advance. After the fall of Carlisle Cornwallis was sent with a detachment to reinforce Chester, and the regiment was in the thick of the hand-to-hand fighting at Culloden. In 1747 Cornwallis’s loyal service and connections made him groom of the bedchamber to George II, a sinecure he was to hold until ousted by political intrigue in 1763. More plums were on the way, for on 23 March 1749 he became colonel of the 24th regiment and resigned his seat in the Commons to become governor of Nova Scotia. This was to be a step to greater things, for he stipulated that he would serve for three years at the most.

Indeed, Nova Scotia was no sinecure. The few white inhabitants, mainly French and Catholic, resented British rule and had intermarried with local Native Americans. Moreover, the long dispute over the borders with New France was nearing a crisis, just as the fortress of Louisbourg was being returned to France. Cornwallis was instructed to consolidate British claims by establishing a new base on the peninsula and plant posts within the contested region across the Bay of Fundy.

Cornwallis threw himself into the task with all the vigour and directness of a soldier. He established Halifax on Chebucto Bay, planted posts at the St John’s River and on the isthmus, and went to war with the Mi’kmaqs. The result was a little local war in which the British were effectively confined to the peninsula. Cornwallis campaigned successfully for military reinforcements, less successfully for naval ones, aimed to destroy the Mi’kmaqs and favoured expelling the Acadian settlers altogether-a policy actually carried out in 1755. At the time the Board of Trade rebuked him for aggression and still more for overspending; but although Cornwallis was no diplomat and disliked financial administration, he was a conscientious and hard-working governor. In 1751 his health gave way under the strain and he resigned.

At home Cornwallis returned to politics and to extending his family connections. In 1752, apparently at the king’s request, he stood for and won one of the Westminster seats in the House of Commons. On 17 March 1753 he married Mary, daughter of Charles Townshend, second Viscount Townshend. Throughout the 1750s he was connected with Thomas Pelham-Holles, duke of Newcastle, with whose support he successfully defended his seat in 1761.

Cornwallis’s connections may have protected his military career during the Seven Years’ War. His regiment had been posted to Minorca, but when war broke out Cornwallis was home on leave. He sailed with Byng, and was one of the fateful council of war which advised the admiral to abandon the relief of the island. Exonerated by a court of inquiry, he joined Hawke and Mordaunt’s abortive raid on Rochefort-which did little good to his reputation. Nevertheless, he became a major-general in 1757, a lieutenant-general in 1760, and governor of Gibraltar in 1762. Compared with Nova Scotia, Gibraltar was an enormous plum, but the work involved probably killed him. Tortuous diplomacy to guarantee food imports from north Africa, maintaining and improving the fortifications, collecting intelligence of Spanish military and naval forces, and counter-espionage all took their toll. He bombarded ministers with requests for more troops, and for warships to protect the rock from the sea. By 1765 he was suffering from ‘a disorder in my head which has plagued me several years at times has grown so much worse as to often stupefie me …’ (Cornwallis to the earl of Halifax, Gibraltar, 17 May 1765, CO 91/14)-perhaps a brain tumour. He was allowed leave from June 1765 until October 1767, and again from June 1769 until January 1771. He left Gibraltar for the last time in June 1773 and died in England on 14 January 1776; he was buried at Culford, near Bury St Edmunds, Suffolk. He left his estates, including his house at Essington in Hertfordshire, to his nephew Charles Cornwallis, first Marquess Cornwallis (1738-1805), and all his personal property to his wife.