Gibraltar Governor Humphrey Bland (1685/6-1763), army officer and author, was born in Ireland, of uncertain parentage, though to a Yorkshire gentry family settled there since the mid-1660s, in whose seat at Blandsfort, Queen’s county, he himself later lived. On account of the loss of the Irish army’s papers in the Four Courts fire of 1922, his early service is not known with certainty: he was first commissioned an ensign on 4 February 1704, made lieutenant on 1 June 1705, and promoted captain on 1 December 1706. Bland’s treatise suggests that, as a subaltern and company commander, he saw service in the early campaigns of Marlborough’s army in the Low Countries. He was promoted major in Sibourg’s Huguenot regiment of foot on 19 July 1709, and was wounded at Almenara in 1710. Bland was reduced onto half pay in 1712 but returned to the army as a major in the 11th dragoons on 22 July 1715 and participated in operations against the Jacobites in the 1715 rising; he conducted prisoners-‘gentlemen and noblemen of distinction taken at Preston’ (DNB)-to London. On 5 August 1717 he was made major of the 1st dragoons, and on 26 March 1718 he was promoted lieutenant-colonel of the 2nd horse. 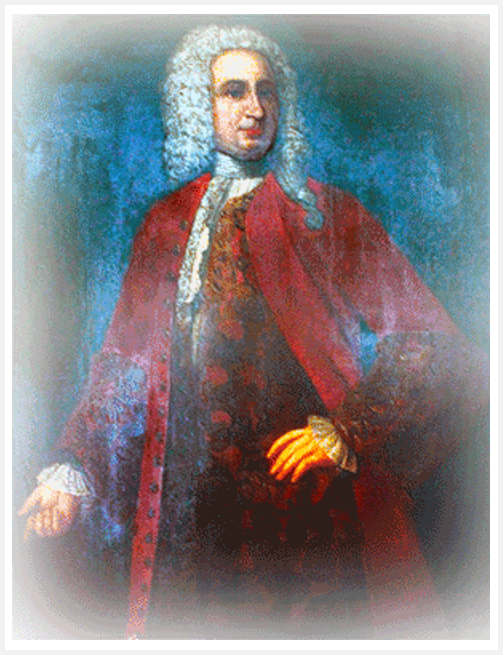 Devoted to his profession and aware that, by the mid-1720s, a new generation unused to the experience of modern war in Flanders from 1689 to 1712 had entered the officer corps, Bland published in April 1727 at London and Dublin his 360-page Treatise of Military Discipline, a second edition of which appeared later the same year. An intelligent, well-organized, and clearly written work of sound judgement, practical and not theoretical, it summarized at length the best of the army’s contemporary practice, itself the fruit of its Flanders experience. The work described in detail the army’s drill and training, together with all the duties of regimental officers in quarters, in garrison, in camp, and in the field. As much of its subject was not included in the army’s regulations, the book was an immensely useful guide for young officers; and, as its influence spread, it helped to systematize routine throughout the army. Bland’s treatise was easily the most successful and widely used military drillbook to appear in English during the century, and it remained valuable for over a quarter-century. Later editions (all printed in London, and all actually reprints of the first edition) appeared in 1734, 1740, 1743, 1746, and 1753. In 1759 an eighth, revised, edition appeared, the revisions the work of the tactician Sir William Fawcett; Fawcett’s revision was reprinted as the ninth (and final) edition in 1762. Many shortened or simplified versions appeared, particularly in the American colonies, for provincials and militia.

Bland’s book earned him royal favour and, later, the comradeship of the duke of Cumberland. On 27 June 1737 he was made colonel of an Irish corps, the 36th foot, from which he went on to the more valuable cavalry colonelcy of the 13th dragoons, another Irish corps, on 9 January 1741; and on 22 April 1742 he was made quartermaster-general of the forces on the British establishment, one of the most senior staff appointments, and one which he retained until his death. Made brigadier on 12 February 1743, he joined the army in Flanders shortly after, and was with it at Dettingen on 16 June 1743. Having been transferred to the colonelcy of the 3rd dragoons on 19 April 1744, Bland commanded a cavalry brigade in the army in the Low Countries in the campaigns of 1744 and 1745, where he was promoted major-general on 30 March 1745 and fought at Fontenoy on 30 April. At the outbreak of the Jacobite rising he returned with the troops to Britain and served with the main army in Scotland in 1745-6, commanding the cavalry and leading the pursuit immediately after Culloden; he was at the army’s large Fort Augustus encampment formed that summer.

When Cumberland departed Scotland in July 1746, Bland was left in command of one of the four military districts into which that country was then divided, running southwards from Stirling and including Edinburgh. He returned to the Low Countries the following April, for the 1747 campaign, where he served as second to Lieutenant-General Henry Hawley (who was general of horse) and was wounded at Lauffeldt on 21 June. Bland returned to Britain after the campaign and was made commander-in-chief in Scotland on 17 September 1747, following the earl of Albemarle (who had been commander-in-chief in Scotland since August 1746, but who had left for Flanders in March 1747). Promoted lieutenant-general on 12 September 1747, Bland arrived in his Edinburgh command on 31 October 1747, where he has been criticized for his rigour in the ‘pacification’ of the Highlands. Bland had obtained in 1743 the sinecure governorship of Fort William, a post which he held until rewarded for his Scottish services with the sinecure governorship of Edinburgh Castle on 6 February 1752; this position he retained until his death. He was made governor of Gibraltar on 7 March 1749, and was there in 1750-51, having been sent ‘to redress the civil grievances of which the inhabitants … had complained’ (DNB), and worked to regularize its government. He was given the colonelcy of the 1st dragoon guards on 8 July 1752. Bland had been replaced in the Edinburgh command by his second, Lieutenant-General George Churchill, who was appointed Scottish commander-in-chief on 23 December 1751; but following Churchill’s death Bland was reappointed commander-in-chief in Scotland on 3 November 1753. He served actively again in Edinburgh until ill health obliged him in July 1756 to vacate the command, in which Lord George Beauclerk replaced him permanently that November.

Bland was married late in life, on 12 January 1755 at Edinburgh, to Elizabeth (1732-1816), the daughter of George Dalrymple of Dalmahoy, who was the brother of Field Marshal John Dalrymple, second earl of Stair, and the eldest sister of John Dalrymple, fifth earl. Bland had no children, but assisted the army careers of several nephews, one of whom, Thomas Bland, was his coheir. His last years were marred by the illness and infirmity that obliged him to leave Edinburgh, and he died in London on 8 May 1763, aged seventy-seven.

Bland was typical of the senior career soldiers who served under the first two Georges and the duke of Cumberland, a bluff, methodical, proficient general officer who took his duties seriously: ‘you are quite unacquainted with my character, or you wou’d have been more punctual in several parts of your Duty’, he advised a junior officer in 1749 (Taylor, 29). The blunt disciplinarian could strike some, even thorough, soldiers as the martinet: ‘I am afraid General Bland is not quite so well-bred and polite as might be wished. He has a roughness about him that breaks out sometimes into ill-manners when he is in authority’, said Lieutenant-Colonel James Wolfe, no less, in 1750 (F. H. Skrine, Fontenoy, 1906, 131); and a less thorough officer, John Mostyn, hoping in 1758 to succeed to Bland’s colonelcy and hearing that he was dying, could even refer to him as a ‘tedious old fool’ (P. Mackesy, The Coward of Minden, 1979, 44). However, Lord George Sackville remarked in 1759 on ‘the good old General, for whom I always had the greatest regard’ (T. Hayter, An Eighteenth-Century Secretary at War, 1988, 287). The influence of the Treatise lasted into the late 1750s, by which time its drill had become obsolete, but Bland’s name had become a byword in the army: when as late as August 1774 a youthful newly joined ensign proposed to reform the interior management and discipline of the 4th foot, at Boston, ‘to his great amazement the boys only laughed at his schemes, and called him Humphrey Bland and the young General, and I am afraid have laughed him out of his plan of reforming the army’ (G. D. Scull, Memoir and Letters of Captain W. Glanville Evelyn, 1879, 29-31).