Gibraltar Governor John Grandy (Sir) (1913-2004), air force officer, was born on 8 February 1913 at Northwood, Middlesex, the only son of Francis Grandy (d. 1932), a jewellery dealer, and his wife, Nell, nee Lines (d. 1948). Educated at Northwood preparatory school and then at University College School, he spent much of his spare time watching the flying at nearby Northolt and soon decided this was the career for him. In September 1931, having overcome his parents’ misgivings, he joined the Royal Air Force on a short service commission and learned to fly at RAF Sealand. He spent the next three years at Hornchurch, Essex, with 54 squadron piloting Bulldogs, and in 1935 he became an instructor with 604 squadron of the Auxiliary Air Force at Hendon. Thereafter, having received a permanent commission and qualified as an A1 instructor at the Central Flying School, he continued on these critically important duties until the early months of the Second World War. On 1 September 1937 he married Cecile Elizabeth Florence Rankin, aged twenty-three, the younger daughter of Sir Robert Rankin, baronet, with whom he had two sons. 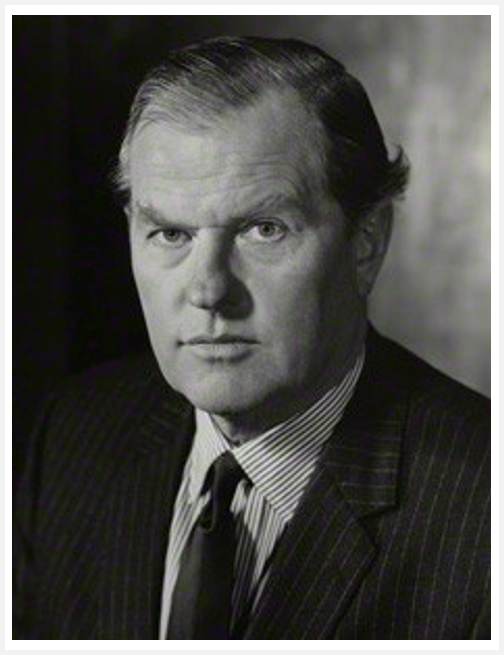 Soon after the outbreak of war, Grandy joined the front line in Fighter Command, where he took command of the re-formed 249 squadron, equipped with Hurricanes. Having brought it up to operational standard he moved it in July 1940 to Church Fenton, Yorkshire, and soon afterwards south to Boscombe Down in Wiltshire. Here one of his pilots, Flying Officer James Nicolson, fought the engagement which brought him the only Victoria Cross awarded in the battle of Britain. On 1 September 249 squadron moved yet again, this time to North Weald, and when the battle ended it had been credited with destroying more German aircraft than any other squadron. Grandy, however, missed the closing stages of the action, having been shot down on 6 September and suffering leg injuries which prevented him flying for two months-though he remained in command.

Grandy spent short spells back in training and as wing commander flying at Coltishall, and then in 1942 he took command of RAF Duxford, Cambridgeshire, where a wing had been formed to develop the Hawker Typhoon as the successor to the Hurricane. Though the Typhoon’s limitations as a fighter interceptor were quickly becoming apparent, Grandy realized its potential as a low-level strike aircraft, the role it was later to demonstrate with marked success during the Normandy invasion. Grandy himself had by then moved on, still on air defence duties, first in north Africa and then the Suez Canal zone, where he commanded 73 (fighter) operational training unit in 1943-4. Increasingly frustrated at being isolated from the final stages of the European war, he was sent to Burma to lead 341 wing, whose four Dakota transport squadrons were to play key roles in supporting General Slim’s Fourteenth Army during the closing seven months of the war against Japan. He thus gained invaluable experience of carrying out air operations in close collaboration with land forces. Thereafter he stayed in Singapore at headquarters 232 group, much involved in the repatriation of prisoners of war and the campaign in the Netherlands East Indies.

Grandy returned home in 1946 and attended the Staff College at Camberley. He then moved for the first time to the Air Ministry for operational training duties, and followed this with two years as air attache in Belgium, which provided him with valuable insights into the diplomatic world. By late 1950 he was back in Fighter Command, where he stayed for six years in staff posts and as commandant of the central fighter establishment, much concerned with the introduction of the new Hunter and Javelin jet fighters. He was made a CB in 1956. Then in 1957 his future potential was recognized by his selection for the Imperial Defence College, where his studies were suddenly cut short. To his great surprise he was immediately promoted to air vice-marshal in order to command the second phase of operation Grapple, the British hydrogen bomb tests at Christmas Island, in the Pacific. These he found both impressive and sobering, persuading him that the very existence of such powerful weapons made major war virtually unthinkable. This conviction was to underlie much of his work in the very senior appointments he was to hold during the 1960s.

Having spent two years in the Air Ministry as assistant chief of air staff (operations), in January 1961 Grandy went to Germany to fill the first of his three successive commander-in-chief posts. He was knighted KBE the same year. This was a time of high tension, marked not least by the building of the Berlin Wall soon after his arrival. Yet while he had to cope with major RAF force reductions he did much to foster co-operation with the British army of the Rhine and to integrate the Belgian, Dutch, and West German air forces into the 2nd allied tactical air force. In 1963 he returned to England to take over from Air Chief Marshal Sir Kenneth Cross at Bomber Command. Here the V-bomber force continued to provide Britain’s nuclear deterrent, but with the Skybolt air-launched missile having recently been cancelled, these increasingly vulnerable aircraft were now required to switch to low-level operations. Consequently Grandy had not just to master a hitherto unfamiliar aspect of air power but also to adapt it to a new concept, a problem further complicated by the unexpected withdrawal of his Valiant bomber squadrons owing to metal fatigue. Despite these difficulties he ensured that his command remained highly effective in the deterrent role, and himself flew one of its Vulcans around the world.

Grandy’s third and final command appointment in May 1965 came as a total contrast, though on familiar territory in the Far East. Grandy became commander-in-chief of Far East command in Singapore and was responsible for the forces of all three British services while the ‘confrontation’ campaign against Indonesia was still in progress and was involving the forces of several other Commonwealth nations. By the time he returned home two years later he had witnessed the campaign’s successful conclusion, observed the difficulties being encountered by the Americans in Vietnam, and gained almost unparalleled knowledge of the RAF front line.

Grandy became chief of air staff on 1 April 1967 at a time when the defence staff was becoming increasingly centralized and major economies were being sought. Having been made KCB in 1964 he was promoted GCB in 1967. His four years in office included the closing stages of the main British withdrawals from east of Suez, events whose inevitability he accepted with great reluctance. He also had to accept the cancellation of the Anglo-French Variable Geometry aircraft and of the order for the American F-111 long-range strike aircraft, which entailed complex discussions with Denis Healey, Labour’s secretary of state for defence, with whom he worked for most of his time in office. There was a tinge of sadness too in June 1969, when, in sending a signal to mark the transfer of Britain’s strategic nuclear deterrent role to the Royal Navy, he wrote: ‘the task has meant maintaining, at all times through seven years, the highest state of readiness which the RAF has known in peacetime’ (Probert, High Commanders). There was also much to take credit for. One of the RAF’s great success stories, the vertical-take-off-and-landing Harrier, entered service in that same year, and even more importantly the decision was taken-jointly with West Germany and Italy-to develop the multi-role combat aircraft, eventually to be known as the Tornado. Moreover the establishment in 1968 of Strike Command in the face of strong emotional resistance from the traditionalists paved the way for the future United Kingdom command structure. When Grandy handed over in April 1971 his was an air force that had been much changed under the pressures of economy but was still intact.

Barely two years later Grandy was appointed governor and commander-in-chief of Gibraltar, the first RAF incumbent of this prestigious post. Here, at the height of the cold war, the route past the Rock into the Mediterranean, much used by the Soviet navy, needed to be kept under constant surveillance. Serious problems were also caused by the Spanish government’s blockade of Gibraltar’s own land, sea, and air routes throughout the 1970s. Much regarded locally, Grandy departed in 1978 and immediately moved to Windsor Castle where he spent his next ten years serving the queen as constable and governor. He was appointed GCVO in 1988.

During his retirement Grandy also found time to assist numerous service causes. The Imperial War Museum was particularly significant; during his eleven years as chairman of trustees he contributed greatly to the development of the American Air Museum at Duxford. Among other interests were the RAF Benevolent Fund, the Burma Star Association, the RAF Church at St Clement Danes, London, the Officers’ Association, the Officers’ Pension Society, the Air League, and the Polish Air Force Association. He was also a keen golfer and enthusiastic member of the Royal Yacht Squadron.

John Grandy was the only officer to command a squadron during the battle of Britain and go on to become chief of air staff; he is recognized as one of the RAF’s finest and most respected leaders. He died on 2 January 2004 at Wexham Park Hospital, Slough, following a stroke. After cremation, his ashes were interred beside Windsor Great Park. His wife having predeceased him in 1993, he was survived by their two sons.