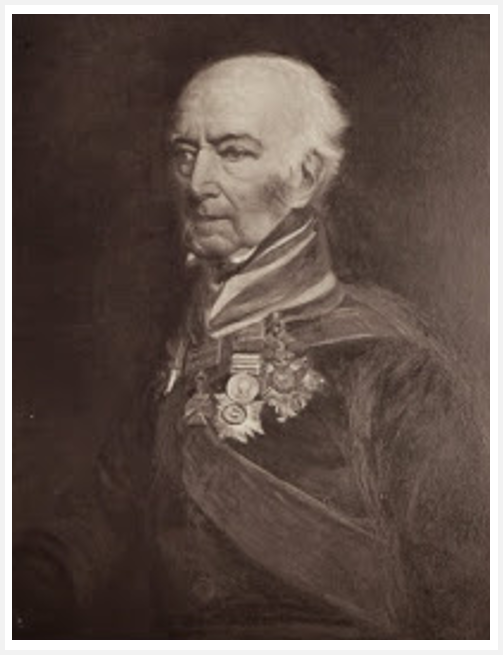 In October 1797 Gardiner embarked for Gibraltar, then partially blockaded by the French and Spanish fleets, and in 1798 was present at the capture of Minorca. He commanded a detachment of twelve guns with the force under General Don sent to Stade and Cuxhaven in November 1805, as the advance of the army proceeding to Hanover under command of Lord Cathcart. The troops having returned to England in January 1806, Gardiner effected an exchange to Sicily, which he reached just after the battle of Maida. He served in Sicily, part of the time as aide-de-camp to General Fox and afterwards to Sir John Moore, returning with Moore to England from Gibraltar in December 1807.

As regulations prevented Gardiner from serving on Moore’s staff on the expedition to Sweden, he exchanged in order to accompany Sir Arthur Wellesley to Portugal. He was present at Rolica and Vimeiro. He was brigade major of the artillery in the Corunna retreat. In the Walcheren expedition he was present at the siege of Middelburg and Flushing, and was invalided with fever. On his recovery he went to Cadiz, and his battery took a prominent part in the battle of Barossa.

Gardiner joined Wellington’s army in February 1812, and received a brevet majority for his services at the siege and capture of Badajoz. He commanded a field battery at the battle of Salamanca, the capture of Madrid, the siege of Burgos (where he volunteered to serve in the siege batteries), and in the Burgos retreat. Early in 1813 he was appointed to the command of E troop Royal Horse Artillery, then attached to the 7th division, with which he fought at Vitoria in the Pyrenees, at Orthez, Tarbes, and Toulouse. He was made KCB in 1814.

In 1815 Gardiner’s troop was stationed in front of Carlton House during the corn riots in London, and subsequently was sent to the Southern Netherlands, where he commanded it through the Waterloo campaign and entered Paris. Gardiner married, on 11 October 1816, Caroline Mary, eldest daughter of Sir John Macleod, adjutant-general Royal Artillery, and granddaughter on the maternal side of the fourth marquess of Lothian. They had one daughter and one son, General Henry Lynedoch Gardiner, Royal Artillery, for some years equerry in ordinary to Queen Victoria. Gardiner was appointed principal equerry to Prince Leopold of Saxe-Coburg-Saalfeld on the prince’s marriage with the Princess Charlotte of Wales, and held the post until Leopold became king of the Belgians, after which Gardiner continued to reside at Claremont in Esher. He was governor and commander-in-chief at Gibraltar from 1848 to 1855.

In 1844 Gardiner published a brief memoir of Admiral Sir Graham Moore, brother of Sir John Moore. Between 1848 and 1860 he published twelve pamphlets on military organization, artillery, and national defence. In 1854 the committee of merchants at Gibraltar protested to Lord Aberdeen’s government against Gardiner’s interference with the Gibraltar trade, which he described as contraband and sought to render more reputable. The correspondence, together with a long report by Gardiner entitled ‘Gibraltar as a fortress and a colony’, was printed as a parliamentary paper (Parl. papers, 1854, 43). A polemical pamphlet, replying to the report, was distributed gratis by the committee of merchants in 1856. Gardiner was also the author of many reports on professional subjects, which contributed to the improvement in the artillery service which began after 1848.

Gardiner was a GCB and KCH, and had the decoration of St Anne of Russia for his services in the Southern Netherlands and France. Gardiner died at his residence, Melbourne Lodge, Claremont, Esher, Surrey, on 26 June 1864.