Gibraltar Governor Varyl Begg (Sir Varyl Cargill Begg), (1908-1995), naval officer, was born in Kensington, London, on 1 October 1908, the son of Francis Cargill Begg, of Henley-on-Thames, and his wife, Muriel Clare, nee Robinson. He was educated at St Andrews School, Eastbourne, and Malvern College, before joining the navy as a special entry cadet in September 1926. After service in Delhi, Durban, Marlborough, and Shropshire, he went to HMS Excellent, the gunnery school at Whale Island, and in 1934 qualified as a gunnery specialist. He was second gunnery officer of the battleship Nelson, flagship of the Home Fleet, before returning to Whale Island on the experimental staff in 1936. He was appointed flotilla gunnery officer in the destroyer Cossack in 1937, and two years later was gunnery officer of the 6-inch-gun cruiser Glasgow, which participated in north Atlantic convoys, the Norwegian campaign, and the occupation of Iceland, before being badly damaged in a torpedo attack by Italian aircraft in Suda Bay, Crete. 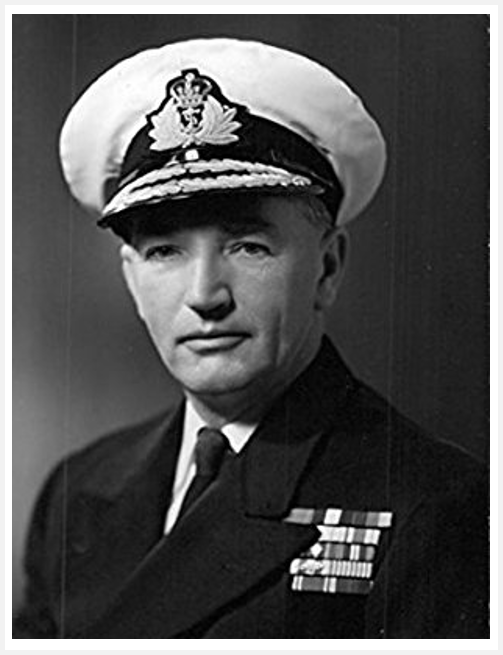 In 1940 Begg was appointed gunnery officer of the battleship Warspite in the Mediterranean when it was flagship of the commander-in-chief, Admiral Sir Andrew Cunningham. Begg was in charge of Warspite’s main 15 inch armament off Cape Matapan on the night of 28 March 1941, when Warspite, Barham, and Valiant caught the Italian heavy cruisers Fiume and Zara by surprise, with their guns still trained fore and aft, and sank them both in a brutally short action of less than two minutes. A third heavy cruiser, Pola, and two Italian destroyers were also sunk that night. Begg was awarded the DSC for his part in the action. He was promoted commander in December 1942 and then went to the gunnery division in the Admiralty, where he was involved in the development of gun design and tactics for the post-war period. On 7 August 1943 he married Rosemary Cowan, daughter of Francis Edward Patrick Porter Cowan, of Craigavad, co. Down. They had two sons, Timothy (b. 1944) and Peter (b. 1948).

After tactical and staff courses Begg was promoted captain in 1947 and was staff officer (operations) to the rear-admiral (destroyers) in the Mediterranean. From 1948 to 1950 he was captain in charge of the gunnery school at Chatham. In the latter year he joined the destroyer Cossack again, this time in command and as captain (D) of the 8th destroyer flotilla. The Cossack served in the first two years of the Korean War, and with other Commonwealth ships carried out blockading patrols of the west coast of Korea as far north as the Yalu River; it was also in the bombarding force of cruisers and destroyers for the crucial Inchon landings in September 1950, which turned the tide of the war in the United Nations’ favour, and went on to make many bombardments in support of UN forces ashore. Like all the destroyers, the Cossack was worked hard, and it was not unusual for it to steam 8000 miles in a month. For his service in Korea, Begg was mentioned in dispatches in 1951 and appointed DSO the next year. From 1952 to 1955 he was captain of HMS Excellent. He commanded the light fleet carrier Triumph from 1954 to 1956, when it was a cadet training ship. Promoted rear-admiral in 1957, he was chief of staff to the commander-in-chief, Portsmouth, from 1957 to 1958, and then flag officer, second in command, Far East Fleet, from 1958 to 1960. He was appointed CB in 1959.

Begg was promoted vice-admiral in 1960 and went to the Admiralty in 1961 as a lord commissioner of the Admiralty and vice-chief of naval staff. The first sea lord was Caspar John, the first naval aviator to hold the office. The two men liked and respected each other. It was a time of great financial and political turmoil for the navy, and John soon came to value Begg’s experience and good sense, as well as the influential contacts he had through the gunnery world. Begg and John reluctantly decided that the navy could no longer afford three fleets. Together they implemented the difficult-and, in some quarters, bitterly resented-decision to disband the fleet in the Mediterranean, a historic station where the navy had won so many battle honours. In 1963 Begg went out to the Far East again as a full admiral, commander-in-chief of British forces in the Far East, and British military adviser to the South-East Asia Treaty Organization, at a time of undeclared war between Malaysia, a newly independent state, and Indonesia. As the overall commander on the spot Begg had to wage a maritime war of convoy, blockade, and air strike, and support the army over distances of thousands of miles. The war was played down in the media by both sides, and very few of those who did not take part were aware of its extent or duration. Begg was promoted KCB in 1962 and GCB in 1965, and in 1966 was appointed to the Panglima Mangku Negara, a Malaysian order.

Begg returned to Britain in 1965 as commander-in-chief, Portsmouth, and became first sea lord and chief of the naval staff the next year, the first special entry officer to do so. He had the difficult task of restoring the navy’s morale after the Labour government’s rejection in the defence review of February 1966 of the giant aircraft-carrier CVA01. A whole generation of naval officers, many of them with service in the Second World War, had taken it as an article of faith that the Royal Navy would always have its own air power. The sudden cancellation of the CVA01 project led to the resignations of Begg’s predecessor as first sea lord, Admiral Sir David Luce, and the minister of defence (Royal Navy), Christopher Mayhew. Begg had to do his best to repair the situation against a background of sustained lobbying by the Royal Air Force personnel to take over all aircraft movements at sea. For some years it seemed that the Fleet Air Arm might become not much more than a helicopter search-and-rescue service, with some anti-submarine capabilities. Begg wasted no time repining over the loss of the CVA01 but at once set up a future fleet working party, which was specifically forbidden to consider the resurrection of aircraft-carriers. When the working party’s chairman included in the final report a project for a large helicopter and vertical take-off aircraft-carrier, Begg ended that officer’s career. Ironically, just such a ship, in the form of the Invincible class, eventually arrived in the fleet.

Begg was promoted admiral of the fleet in 1968, only the second special entry officer, after the duke of Edinburgh, to achieve that rank. The following year he went to Gibraltar, as governor and commander-in-chief, thus breaking a 250-year tradition of military governors. A tense political situation, when Spain was making life as difficult as possible for the Gibraltarians, was exacerbated when the Spanish government protested at the presence in Gibraltar of the prince of Wales, who had arrived to join his ship Norfolk. Begg dealt with that and subsequent potential embarrassments with such skill and tact that when he retired in 1973, Julian Amery, minister of state at the Foreign Office, compared him to General Sir George Eliott, who successfully held off the Spaniards during the great siege of 1779-83, saying that Begg had ‘conducted the present siege with as much skill as Elliott [sic] and far fewer casualties’ (The Independent, 15 July 1995).

With his craggy features and aquiline nose Begg was a man of striking appearance, who looked the part of a distinguished admiral and sailor. David Owen, who became minister for the navy in 1968, recalled Begg as ‘an Admiral with salt both in his ears and his tongue’, who ‘did not suffer fools gladly’ (The Independent, 15 July 1995). A keen sportsman Begg was president of the Combined Services Winter Sports Association and of Royal Navy Cricket. In retirement he took an active interest in village life at Chilbolton, near Andover, Hampshire; he fished and gardened, and was a keen shot. In his last years he suffered from Alzheimer’s disease. He died at the Dower House Nursing Home, Headbourne Worthy, Hampshire, on 13 July 1995. He was survived by his wife and two sons. A memorial service was held at St Martin-in-the-Fields on 18 October 1995.