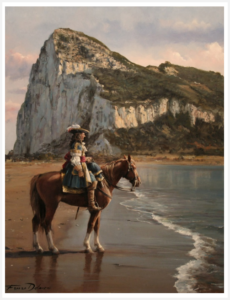 He was appointed military governor (alcaide) of Gibraltar in 1700 and then appointed Governor by Philip V in December 1701. He arrived on The Rock in early 1702.

With the start of hostilities in the War of the Spanish Succession, Salinas requested reinforcements which were never sent. On 1 August 1704, English marines under the command of Prince George of Hesse-Darmstadt landed on the isthmus north of The Rock from the Bay of Gibraltar and after preparing a three-pronged attack plan sent a message asking for surrender. Salinas did not accept, and the city was bombarded on 3 August by the enemy ships. Salinas capitulated on the morning of 4 August.

He died in his hometown of Madrid in November 1720. 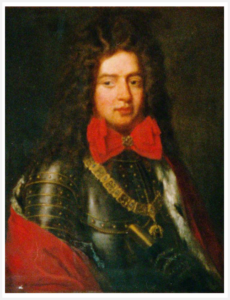 Prince George Louis of Hessen-Darmstadt was a Field Marshal in the Austrian army.

He was appointed Governor of Gibraltar by Charles III, pretender to the Spanish throne. 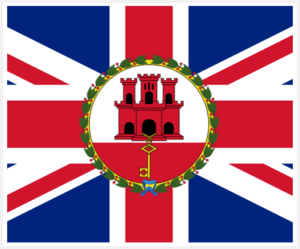 Henry Nugent, Count of Valdesoto and Viscount Coolamber was an Irish military man.

He was the second Governor of Gibraltar during the Habsburg occupation and was appointed by Charles III, pretender to the Spainish throne.

Nugent served as Governor for a period of 6 months between August and November 1704.

John Shrimpton joined the Army becoming a Major in the 1st (Queen’s Own) Foot Guards.

In 1693, during the Nine Years’ War, he was wounded at the Battle of Landen in Flanders.

In 1701 he became Member of Parliament for Whitchurch.

When the Garrison in Gibraltar came under threat from the French in 1704, a force of 2,500 troops under Shrimpton’s command was dispatched to re-inforce the Garrison. Archduke Charles, acting on the recommendation of Queen Anne, asked Shrimpton to accept an appointment as Governor and he remained there until 1707. 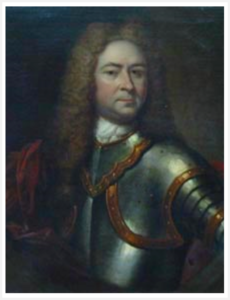 In March 1705, Colonel Elliott’s Regiment of Foot embarked for Spain and served at Gibraltar, which was declared a free port in 1706. In 1707 he was promoted to Lieutenant-Governor of Gibraltar and then appointed Governor on 24 December. He was one of the earliest British Governors.

On 1 January 1710, he was promoted to Major-General, and on 24 January 1711, he handed over the Governorship to Brigadier-General Thomas Stanwix. He finally departed Gibraltar on 18 June 1711.

His nephew George Augustus Elliott also became a noted Governor and defender of Gibraltar in 1777.

During the War of the Spanish Succession 1703, he was present at the Battle of Caia in Portugal. He became Governor in 1711, but was unsuccessful as Govenor, as his main achievement was to become richer than when he arrived. Observers felt that he should have concentrated on encouraging the Dutch to leave so that the benefits of the Capture of Gibraltar (in 1704) could be directed entirely in Britain’s direction. Stanwick was tenacious as even when he was replaced by David Colyear he stayed on as lieutenant-governor for some months.

On 13 July 1713, Spain ceded Gibraltar to Great Britain in the Treaty of Utrecht. Stanwix remained governor for a further month until 7th August 1713.

SPAIN CEDES GIBRALTAR TO GREAT BRITAIN IN THE TREATY OF UTRECHT 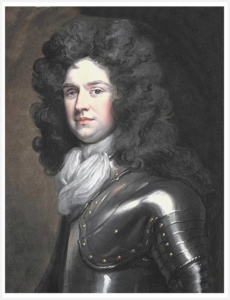 General David Colyear, 1st Earl of Portmore KT PC, was a Scottish general and was commissioned into the Army of William of Orange in 1674.

He took part in the War of Spanish Succession and participated in the Battle of Cádiz in 1702 and the Battle of Vigo Bay later that year.

In August 1713, he was constituted Governor of Gibraltar, and in October of the same year he was chosen one of the sixteen representative peers of Scotland. When Gibraltar was besieged by the Spaniards in 1727, he embarked for that place to assume command, but on the approach of Admiral Wager with eleven ships the siege was raised. 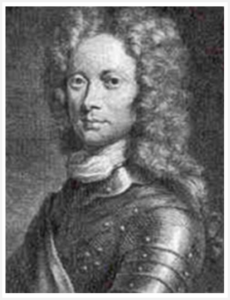 He was Lieutenant Governor of Minorca, arriving there in November 1712.

In 1720 to 1721, he was appointed Lieutenant Governor of Gibraltar when it was threatened by Spain and, in 1725, George I ordered him to return to Gibraltar again to strengthen the defences and ward off Spanish invaders. This he did and at the same time he recommended a civil government for “the Rock”. George I rewarded him in 1725 for his work by giving him the colonelcy of a regiment (later the 9th Regiment of Foot). Kane returned to Minorca in February 1727, just before the Spanish launched an unsuccessful siege on Gibraltar.

Jasepr Clayton was a Lieutenant General in the British Army.

In 1707, during the War of the Spanish Succession, he was present at the Battle of Almansa.

He was appointed Lieutenant-Governor of Gibraltar in 1727 remaining there until 1730.

He fought in the War of Austrian Succession and was killed at the Battle of Dettingen in 1743. 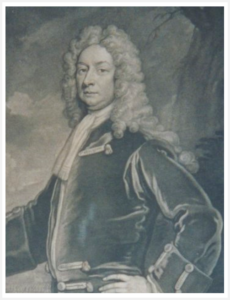 General Joseph Sabine was a British general and Member of Parliament.

He served in Flanders throughout the War of Spanish Succession, commanding his Regiment at the Battle of Blenheim in 1704, at the Battle of Oudenarde in 1708 and then at the Siege of Lille later that year.

He was promoted to General in 1730, and was subsequently appointed Governor of Gibraltar; he died in Gibraltar in 1739. 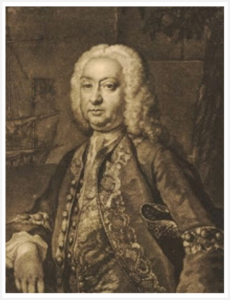 He served in the wars of Queen Anne under John Churchill, 1st Duke of Marlborough, and was for many years an officer of the 8th Regiment of Foot. He was promoted to the lieutenant-colonelcy of the 10th Regiment of Foot and performed the duty of commanding officer for more than twelve years. He was promoted again to the rank of major-general on 29 October 1735, and was rewarded with the colonelcy of his own regiment (later the 10th Foot) on 27 January 1737. On 2 July 1739 he was advanced to the rank of Lieutenant General.

Columbine was Governor for six months.

Cathedral Square in Gibraltar is on the site of what was Columbine Street. 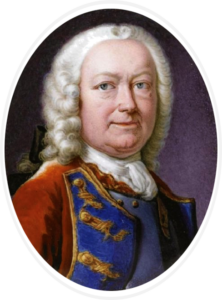 In 1739 he became Colonel of The Royal Fusiliers just before he became Governor of Gibraltar in 1740. 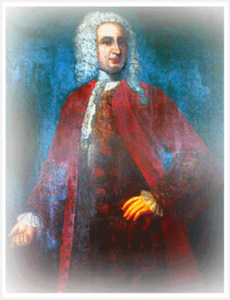 He became a leading military theoretician and military writer. One of his books, ‘A Treatise of Military Discipline: In Which is laid down and Explained the Duties of Officer and Soldier‘, published in 1727 and was “considered the bible of the British Army”. A first edition was owned by George Washington who encouraged his officers in the Continental Army to “study Bland and other treatises.”

In 1742 he was appointed Quartermaster-General to the Forces a post he held until his death.

In 1745, he served as Brigadier-General during the Battle of Prestonpans. In 1748, he starved on Staff in Flanders with the rank of Major-General; his aide-de-camp was Robert Donkin.

He served as Governor of Gibraltar for 2 years but was suspended for not providing a regiment of marines to Admiral John Byng, who was attempting to transport troops from Gibraltar to Minorca. He was ultimately dismissed from the service by King George II, but reinstated to his former rank in 1761 by George III. 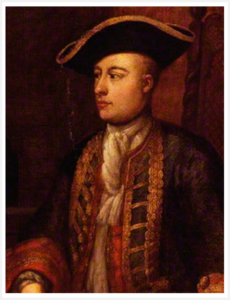 He fought at the Siege of Barcelona in April 1706 and was wounded at the Battle of Almansa in April 1707 during the War of the Spanish Succession.

O’Hara became Governor of Gibraltar in 1756 and set about improving the fortifications. These changes came under criticism from William Skinner who was British Chief Engineer. 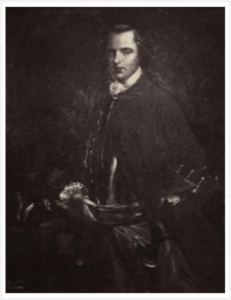 He fought at the Battle of Prestonpans in 1745 under Sir John Cope. Distinguishing service meant that he was given command of the Glasgow volunteer regiment of foot which was given orders to defend Stirling. He did well as most of the Jacobite forces were in England making their way to Derby with Bonnie Prince Charlie.

He became Governor of Gibraltar in 1757.

Home was meant to return to England on 29 April 1761 but died in Gibraltar the day before.

John Toovey was acting Governor of Gibraltar for 25 days.

John Parslow was acting Govenor of Gibraltar for just 1 day. 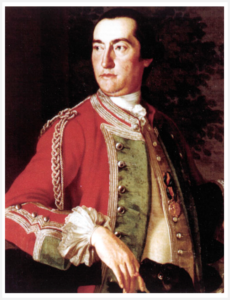 Lieutenant General Edward Cornwallis was a British military officer with a long career in the British Army.

In November 1756 Cornwallis was one of three colonels who were ordered to proceed to Gibraltar and from there embark for Minorca, which was then under siege from the French. Admiral John Byng called a council of war, which involved Cornwallis, and advised the return of the fleet to Gibraltar leaving the garrison at Minorca to its fate.

Byng, Cornwallis and the other officers were arrested when they returned to England. They faced court martial. Byng was found guilty and executed. Cornwallis testified that he was following Byng’s command and was judged to have been a passenger under the control of Byng and was exonerated.

Sir John Irwin KB was an Irish soldier and a General in the British Army. 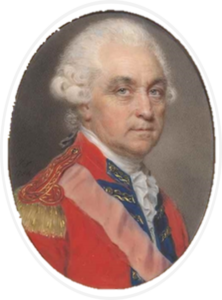 Sir Robert Boyd KB was a Lieutenant General in the British Army. 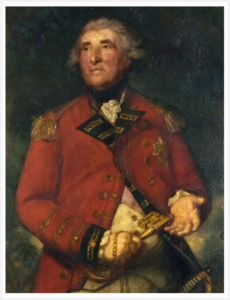 George Augustus Eliott, PC, was a British officer and served in three major wars during the eighteenth century.

He is most notable for his command of the Gibraltar garrison during the Great Siege of Gibraltar, which lasted between 1779 and 1783 during the American War of Independence. He was celebrated for his successful defence of the fortress.

George Augustus Eliott was Governor of Gibraltar from May 1777 to June 1787.

General Eliott has been commemorated on a Gibraltar pound banknote; his portrait has appeared since 1995 on the £10 notes issued by the Government of Gibraltar.

George Augustus Eliott, KB returned to England in 1787. He was created Lord Heathfield, Baron Heathfield of Gibraltar on 6 July 1787.

Around the spring/summer of 1788, he was making his way overland back to Gibraltar where he was still Governor. However, he became ill and stayed in the Aachen area to recuperate.

As Lord Heathfield, Eliott remained as the Governor of Gibraltar from June 1787 to July 1790.

Boyd considered that his and General Sir William Green‘s work on the King’s Bastion in Gibraltar was so important that he asked to be buried there. The site of his burial is not indicated but his body is lost under cement used to strengthen the building still further in the 19th century. A marble stone in the King’s Bastion reads:

‘Within the walls of this bastion are deposited the mortal remains of the late General Sir Robert Boyd, K.B., governor of this fortress, who died on 13 May 1794, aged 84 years. By him the first stone of the bastion was laid in 1773, and under his supervision it was completed, when, on that occasion, in his address to the troops, he expressed a wish to see it resist the combined efforts of France and Spain, which wish was accomplished on 13 Sept. 1782, when, by the fire of this bastion, the flotilla expressly designed for the capture of this fortress were utterly destroyed.’ 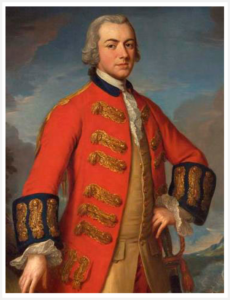 General Sir Henry Clinton, KB was a British army officer and politician, best known for his service as a general during the American War of Independence.

First arriving in Boston in May 1775, from 1778 to 1782 he was the British Commander-in-Chief in North America. In addition to his military service and due to the influence of the 2nd Duke of Newcastle, he was also a Member of Parliament for many years.

Late in life he was named Governor of Gibraltar, but died before assuming the post. 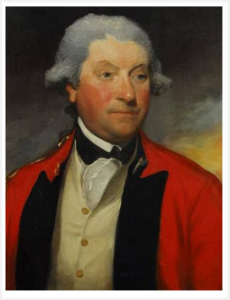 During the outbreak of Britain’s war with Revolutionary France, Rainsford was sent to be Robert Boyd’s second-in-command in Gibraltar. He took over as Governor after Boyd’s death.

On Rainsford’s in London in 1809 he was buried in a vault in the chancel of the chapel of St Peter ad Vincula in the Tower of London, alongside his first wife, father and uncle. 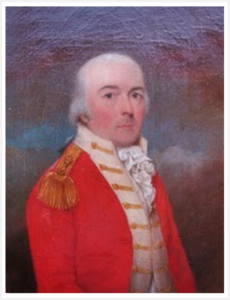 General Charles O’Hara was a British military officer who served in the Seven Years’ War, American War of Independence, and French Revolutionary War. During his career O’Hara personally surrendered to both George Washington and Napoleon Bonaparte.

In 1792, he was appointed Lieutenant Governor of Gibraltar and named Governor for a second time on 30 December 1795.

He is known for the folly that was O’Hara’s Tower in Gibraltar.

O’Hara let the garrison enjoy the ninety pubs on the Rock. It has been proposed that he needed the income to finance his many households and mistresses. Jervis however won with regard to his navy’s needs. The poor morale in the garrison led to a plot to let Spain have Gibraltar. O’Hara discovered the plot and 1,000 people were exiled from the Rock.

He died from complications due to his old wounds.