ARCHDUKE CHARLES – PRETENDER TO THE THRONE 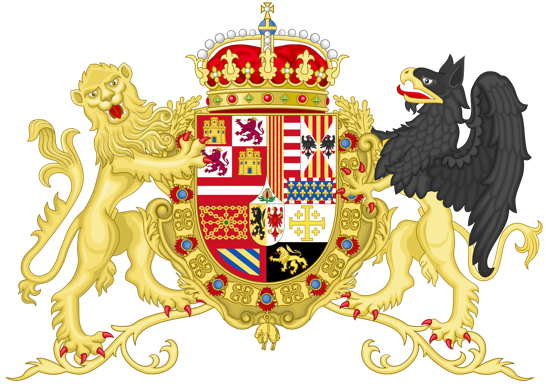 Following the death of his relative, Charles II of Spain, son of Holy Roman Emperor Leopold I, Archduke Charles of Austria declares himself King of Spain.

During the War of the Spanish Succession, inside of Spain, the majority of the nobility of the Crown of Aragon supported Archduke Charles’ claim to the Spanish throne by right of his grandmother Maria Anna of Spain. Charles was even hailed as King of Aragon under the name Charles III.

Image: Coat of arms of Archduke Charles of Austria as claim to the Spanish throne, variant used in the peninsular territories of the Crown of Aragon Version with Supporters