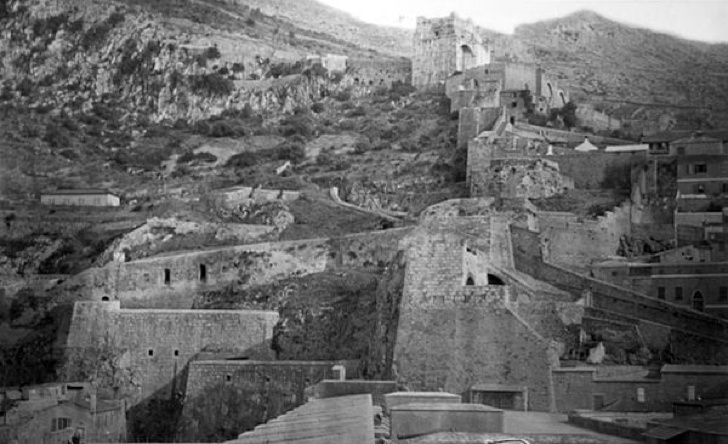 Gibraltar was fortified for the first time in response to coastal threats posed by the Christian kings of Aragon and Castile. On 19th March, Almohad Sultan, Abd al-Mu’min, issued an order and charged two of the most important architects of the day with the task of building a permanent settlement. This city was to be laid out on the upper slopes of the Rock and was to include a castle, mosque, several palaces for himself and his sons, and reservoirs to provide a supply of water.

It was to be protected by a “wall of fine build” with a single gate known as the Bab al-Fath (Gate of Victory) facing towards the isthmus connecting Gibraltar with the mainland. A harbour was also to be constructed, and windmills were to be constructed on the Rock.

Gibraltar was renamed Jebel al-Fath (Mount of Victory), though this name did not persist, and a fortified city named Medinat al-Fath (City of Victory).

The Tower of Homage of the castle remains standing today (Moorish Castle).