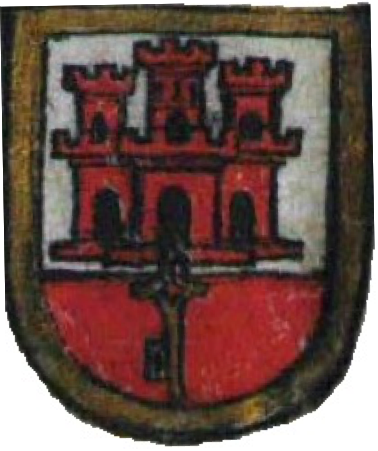 By a Royal Warrant passed in Toledo by Isabella I of Castile, Gibraltar was granted its Coat of Arms: “An escutcheon on which the upper two thirds shall be a white field and on the said field set a red castle, and below the said castle, on the other third of the escutcheon, which must be a red field in which there must be a white line between the castle and the said red field, there shall be a golden key which hangs by a chain from the said castle, as are here figured”.

ByThe Castle and Key remain the Arms of Gibraltar to this day.

Image: The arms granted to the city of Gibraltar by a Royal Warrant passed in Toledo on 10 July 1502 by Isabella I of Castile