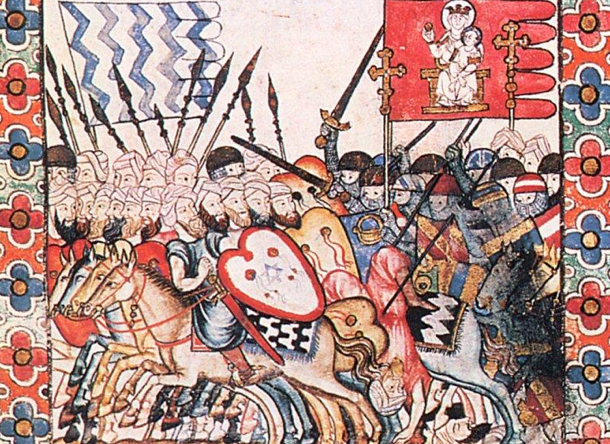 Castilian forces captured Gibraltar – eighth siege. (See Reconquista). An immediate dispute broke out between the House of Medina Sidonia (the Guzmán family) and the House of Arcos (the Ponce de León family) about the possession of the town. Finally, the initiative of Juan Alonso de Guzmán, 1st Duke of Medina Sidonia, succeeded and he took possession of the town as personal property. However, the King of Castile, Henry IV, declared Gibraltar to be Crown property and not the personal property of the Guzman family.

Henry IV restored the charter granted to Gibraltar in 1310 and took two additional measures: the lands previously belonging to Algeciras (destroyed in 1369) were granted to Gibraltar; and the status of collegiate church was solicited from the pope Pius II and granted to the parish church of Saint Mary the Crowned (Spanish: iglesia parroquial de Santa María la Coronada), now the Cathedral of St. Mary the Crowned, on the site of the old main Moorish Mosque. St. Bernard of Clairvaux, whose feast falls on 20 August, became the Patron Saint of Gibraltar.