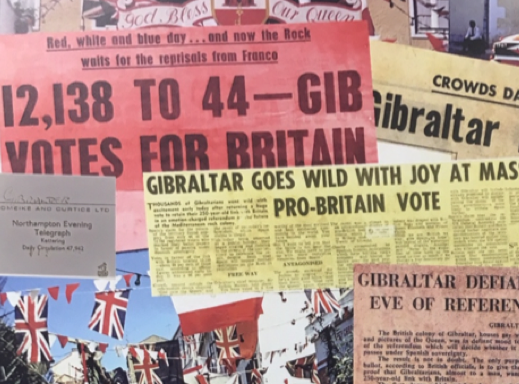 The first sovereignty referendum was held on 10 September, in which Gibraltar’s voters were asked whether they wished to either pass under Spanish sovereignty, or remain under British sovereignty, with institutions of self-government.

Upon the request of resolution 2070 of the United Nations General Assembly (approved on 16 December 1965), in 1966 the governments of Spain and Great Britain started formal talks on Gibraltar. On 18 May 1966, the Spanish Minister of Foreign Affairs, Fernando Castiella made a formal proposal to Her Majesty’s Government comprising three clauses:

1.   The cancellation of the Treaty of Utrecht and the subsequent return of Gibraltar to Spain.

2.   The presence of the British in the Royal Navy base in Gibraltar, its use being subject to a specific Anglo-Spanish agreement.

3.   A “Personal Statute” for Gibraltarians, under United Nations guarantee, protecting their cultural, social and economic interest in Gibraltar or anywhere else in Spain, including their British nationality. “(An) appropriate [..] administrative formula” should also be agreed on.

The Spanish proposal was made by the Spanish government while the Francoist regime was in power, which did not allow its own citizens the civil liberties that the British government guaranteed to the Gibraltarians.

Furthermore, the Spanish economy, though steadily growing, was weaker than the British, and working-class people across the frontier were living in a state of great poverty.

The options presented to Gibraltarians were:

1.   To pass under Spanish sovereignty in accordance with the terms proposed by the Spanish Government; or

Over 99% voted in favour of remaining British. 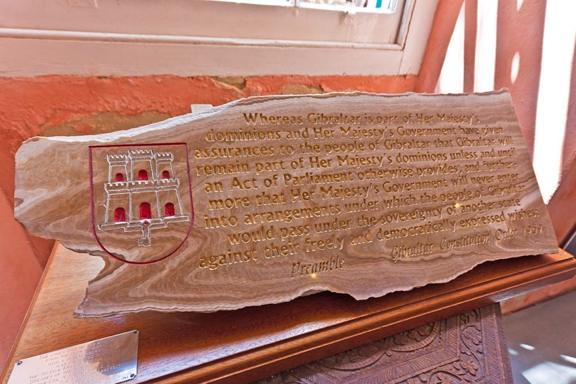